Last Sunday the Multiagers had a very ACTIVE class, beginning with a dramatic performance of Jesus’ temptation in the desert, adapted from Matthew 4.  Directly after Jesus was baptized, the Holy Spirit guided him into the desert where he prayed and fasted for 40 days (the children, frankly, thought this was unbelievable.  They could simply not imagine not eating for that long.  Neither can I!).  At the end of the 40 days, Satan appeared to Jesus and tempted him three times, but each time Jesus refused the temptation.  We wondered how hard it would be to refuse bread after not eating for 40 days!  We then discussed the word “temptation” and thought about ways that we are tempted (pretty much all versions of video games, ice cream, cake, and candy dominated here).  Because God has given us free will, we are allowed to give in to our temptations, but we are also allowed to make different choices, just like Jesus did.  We continued our lesson in the Middler classroom (the Middlers were setting up a surprise for us in North Hall!) with a fantastic experiment with dissolving paper.  Children wrote their personal temptations on dissolving paper (although they didn’t know it would dissolve) and then wrote a “better choice” on regular paper.  We put all the paper in a large bowl, and then the children took turns pouring water into the bowl.  Surprise!  Their temptations melted away, leaving only the better choices.  We then regrouped in North Hall with the Middlers and got introduced to a fabulous Temptation Obstacle Course, which the Middlers had set up for us.  Balancing candy bars, jumping through hoops with a DVD between your legs, scooting with a comic book on your head, tossing beanbags at pictures of screens, crawling though money (don’t touch it!), and bowling over pictures of toys rounded out our obstacles.  I can confidently say that every child had a ridiculously fun time avoiding all of our temptations.  And not one child asked for a bite of the candy bars!  Temptation win!  – Jessica 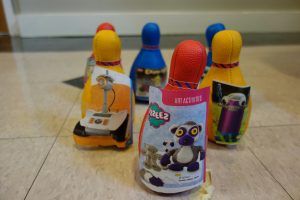 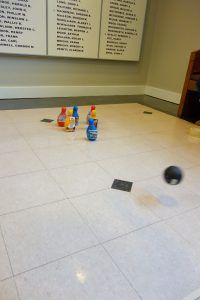 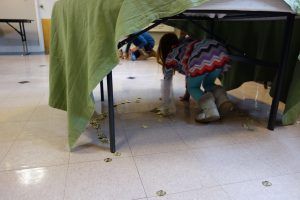 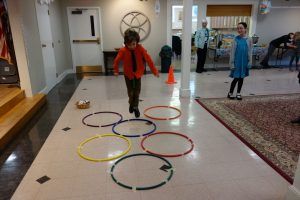 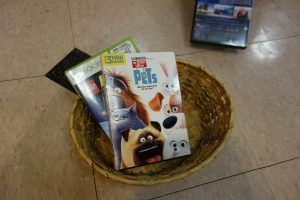 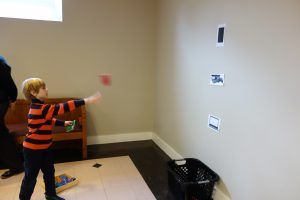 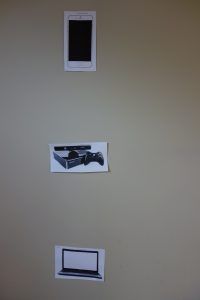 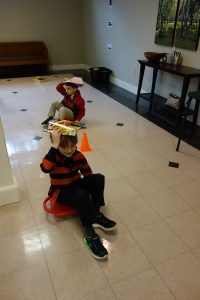 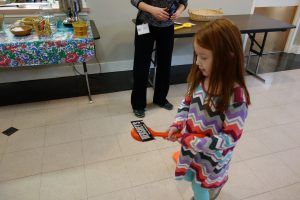 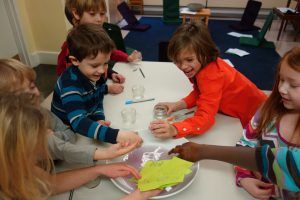 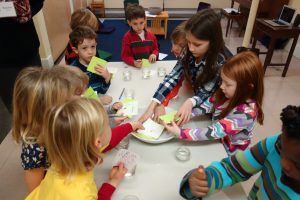 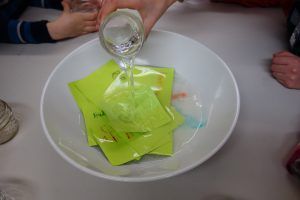