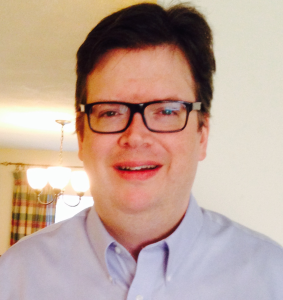 Before I joined WCUC, I sponsored a child who lives in rural India through ChildFund (previously known as Christian Children’s Fund).  His name is Deepu Nishad.  At that time, Deepu lived with his mother, father, brother, and sister.  Deepu was extremely malnourished at seven years old when my sponsorship started.  Initially, my sponsorship focused on getting Deepu healthy so that he could attend school.  Once he was healthy, ChildFund used my sponsorship funds to buy him clothing for school and blankets for him and his family.  Although direct gifts from me were limited to what I could put into a business size envelope, things like stickers and magazine clippings, I was allowed to send money for special occasions, such as birthdays and special needs.  In addition to my monthly donations, the regional ChildFund reps told me about Deepu’s special needs.

The first special gift was a deep well water pump for his use as well as people in the village.  The next thing that the family needed was a cow.  The cow provided milk that the family could drink and sell.  Later on, I learned that the cow was living with them in the family’s house, so I gave money for a shelter to be built for the cow.  ChildFund sent me pictures of Deepu at the pump, and later with the cow and its shelter.

Deepu and I exchanged frequent letters.  He learned at school to read and write Hindi.  Translators sent translations with his letters.  It was fun to see his writing improve over the years.  I learned about various festivals and customs of his people.  One interesting festival was the Hindu festival called Holi.  The participants throw colored powder at each other in celebration.  The best part for me was watching Deepu grow, getting copies of reports from the school about his continued advancements in his studies, and hearing from him about his various interests as he grew up.  I stopped sponsoring Deepu when he turned seventeen.

In sharing my abundance with this family so far away, I learned how the joy of giving can translate into a feeling of goodness.  By giving to the Church, I feel the same sense of purpose that I did with giving to Deepu and his family because this community does the same thing:  it makes a difference in people’s lives.  I had never given to a church before, so I wasn’t sure exactly what to give.  But, like I said, this church means a lot to me, so I am happy to do what I can.

I miss hearing from Deepu and wonder what he is up to.  I hope God is watching over him.