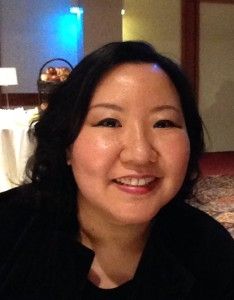 I began going to church when I was seven years old. It was the late 1970s in Seoul, Korea, and my parents encouraged me and my sisters to grow up in Christian teaching. When I was a child, my mother gave me a small amount of money every Sunday morning, and I simply took it to church and put it in the offering basket. I knew the meaning of giving offerings to God, but I never had to work to be able to give. Even after I graduated college and came to the US to study, my parents supported me and I had no problem taking a part from the money they sent and giving it to God and to church.

After I got married in my mid-twenties, there was still not much challenge in giving to God. My husband Robin also grew up in Christian faith and had no objection for giving tithe. He got his first job and we were still living in a college town in Indiana where things were relatively inexpensive. We were not saving much, but still able to make the ends meet.

Things began to change when we moved to Boston in the late ‘90s. We found a wonderful Korean church in town and we were very happy to be a part of it, but over the next several years, we had to face challenges in our careers, finances, and family relationships. It was difficult times, but we learned great lessons. God was with us all those years, and I know and believe that God led us to find a place to live in West Concord and became members of this church two years ago.

I give thanks to God for being with us always and leading us to where we are now. And I thank God for this community of faith that makes me to have fresh views on familiar things and broadens my eyes on our life and the world we live in.