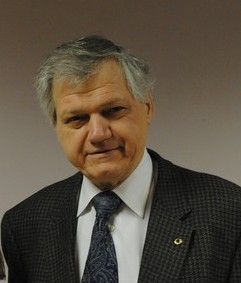 On Sunday, November 10th, Bob shared this reflection during worship.

Today is the 238th celebration of the birth of the United States Marine Corps at Tun Tavern in Philadelphia in 1775.   Semper Fidelis!

I joined the Marine Corps on the 2nd of October, 52 years ago.  The seven+ years I spent in the Marines are important to me.  I learned much in boot camp at Parris Island, South Carolina.  I learned to conduct myself as a gentleman and to conduct myself as an armed combatant and to determine when each was appropriate.  I gained self-confidence.  I learned how to operate and repair radar sets and a computer. These skills helped keep me employed for the next 25 years in the evolving computer industry.

I was a member of an infantry battalion that was part of the 9th Marine Expeditionary Brigade, landing at Danang, South Vietnam on 8 March 1965.   This was the beginning of “combat” operations in Viet Nam.  We guarded the perimeter of the Air Base at Danang and occupied hills 327 & 268 to the west.  I was one of two radar technicians located hill 268.  When our radar became inoperable, we sent it for repairs and became S-2 scouts and went on guard duty and patrols in the area.  Streambeds were often used as trails to get through the jungle.  During this process, we became food for the leeches that lived in the water or dropped on us from the trees.  My battalion was relieved on 20 June 1965 and we returned to Camp Hansen, Okinawa and to the U.S. in August.

I became an instructor in electronics & the operation, maintenance & repair of artillery tracking radar sets & a computer attached to one of them, at MCRD, San Diego. I made Staff Sergeant in July 1967 & was a radar team leader at Camp Pendleton, CA.  I was discharged on 28 December 1968.   The skills and attitude I developed in the Marine Corps have enabled me to make a living, attend college and have been useful in my career.

It was some time after my service that I began my faith journey.  I was living at the YMCA in downtown San Diego and happened to attend an informal meeting there.  After the presentation, the pastor invited us to his church.  A week or so later I went and later joined, the North Clairmont United Methodist Church.  There I met people who became important to me, Dorothy & Keith McMahon and others.  When my job took me to Los Angeles, I transferred membership to a church there and later, to Acton, MA as well.   I have been attending church fairly regularly since.  Church and the search for understanding God have become very important in my life.