You may be wondering what has happened in the building since the end of demolition! Progress now is harder to see and often happening behind safety barriers. However, we are happy to report that a great deal is going on at WCUC, including: 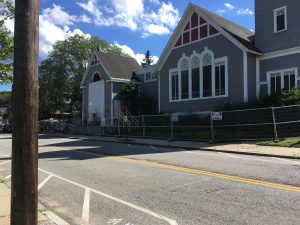 The pine street steps and window are gone, and carpentry is going on behind the plastic sheeting. 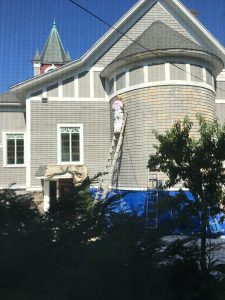 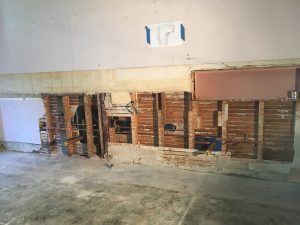 Plumbing fixtures in the kitchen, being adapted for reconstruction 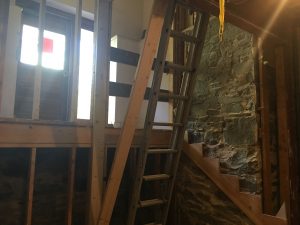 The area of the old lift, as seen from the basement, awaiting a new support beam before the new stairs can be built.