In Our Prayers: Trayvon Martin and Paula Deen

Late last night, George Zimmerman was found not guilty of second-degree murder or manslaughter, after shooting an unarmed teenager, Trayvon Martin. From what I can understand, the jurors who decided this case did 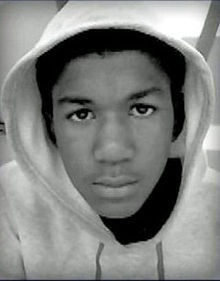 their duty: they upheld the law of their state based on the evidence presented to them. But justice was not done.

The United States has been marked by racism throughout its history. Violence, enslavement, segregation, detainment, discrimination, and other forms of hate are sins we have practiced again and again. Yet many of us, particularly white people, downplay the issues of power, privilege, prejudice, and injustice that pervade relationships between people of many skin colors and cultures in our country today.

In our desperate desire to forget our racist history and ignore our racist present, our national dialogue tends to focus on individual examples of racism, such as Paula Deen. But this is not enough. What about the pervasive racism that made Trayvon Martin’s murder and the exoneration of his shooter possible? What about the more subtle forms of racism that all of us participate in, to our own dismay? This is no way to live out the dream of justice and equality that our nation holds up as its goal.

How can we all, especially those of us who are white, learn and teach that the era of racism is not over? How can we begin to address the systemic racism that impacts our public discourse, our laws and their enforcement?

God of Peace and Justice, we cry out in grief over the tragic death of Trayvon Martin.  We pray for all victims and perpetrators of racism.  Teach us courage, humility, honesty, and compassion as we work to end this sickness that touches us all.  Amen.

Words from the United Church of Christ

Words from another UCC Pastor

George Zimmerman, Not Guilty: Blood on the Leaves by Jelani Cobb in the New Yorker