A Shift in the Story 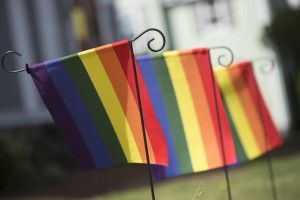 What kind of God have we gathered here to worship today?  Consider how this morning’s story begins, and how it ends.

As our story begins, a chain of events lands the traveling evangelists Paul and Silas in jail.  This is not surprising.  In the book of Acts, followers of Jesus are being arrested and even executed all the time. These people have not committed crimes. The followers of Jesus offend people simply by existing, because they are crossing every religious, political, and economic boundary of their society.  Among them are Jews who follow the resurrected Jesus, and gentiles who follow the Jewish God. Among them are poor fishermen and wealthy centurions and independent women. The folks who get together in the name of Jesus are a strange and motley group, whose willingness to worship and practice their faith together is such a challenge to the status quo that folks arrest and even kill them, given the slightest excuse.

For Paul and Silas, the excuse is that they perform a healing, an exorcism, on an enslaved young woman. It turns out that the young woman’s master does not approve of this exorcism. His slave was more profitable to him beforehand, while sick, while possessed. So, the master falsely accuses Paul and Silas of disturbing the city and violating the law. Things escalate as crowds get rowdy against the outsiders and the magistrates take action. Paul and Silas are stripped and beaten. They are brought to a jail. The jailer, ordered to keep them securely, puts Paul and Silas in the innermost cell and fastens their feet in stocks.

Try to imagine it: Two lonely participants in an extremely unpopular movement are sitting in stocks, in the innermost cell of the prison of a city that has turned against them. It’s hard to imagine how this story could end well.

But. At midnight, Paul and Silas pray and sing hymns to God. Somehow, they get the courage and the inspiration to hold church in the middle of the night in the middle of a prison. All of the other prisoners listen in on this unexpected worship service. Then, suddenly, there is an earthquake so violent that the foundations of the prison are shaken.  We would expect the walls to fall and the prisoners to be killed. Instead, bolted doors simply swing open and iron chains miraculously unfasten.

The story just gets stranger from there. For some reason, Paul and Silas stay in their cell after they are freed.  So they overhear their distraught jailer as he prepares to commit suicide because he imagines he has failed to retain them.  Paul and Silas intervene: “Do not harm yourself, for we are all here.” The jailer is so moved by the kindness of his prisoners that he brings Paul and Silas outside, into the open. Then, he asks them about their faith.  Soon he welcomes Paul and Silas into his own home, washes their wounds, and gives them bread and wine. Over the course of their time together, the jailer becomes a follower of Jesus himself.  Paul and Silas baptize him and his entire household.

What kind of a God have we gathered here to worship today? A story that begins with two men in jail because of fear and lies ends with freedom, faith, and a feast.

I’ve been getting the feeling that we are at the start of this story.  We are in a time of suspicion and fear.  Our country has been struggling to face our past and present racism.  Presidential campaigns have proved that xenophobia and misogyny are not only present but popular among us. Leaders in the state of North Carolina are so afraid of a small and oppressed minority group that they are making their public bathrooms a battleground.

In each case, the conversation has become tangled and vicious, full of false dichotomies and flat-out lies.  We who hold privilege, we who are white, wealthy, or American-born, Christian, straight, or cisgender, or any combination thereof; We who hold privilege too often perceive any move towards equality as a betrayal.  The victims of our privilege threaten our status quo, simply because they exist among us.  And so, we punish them: with indifference; with slander; with prison; sometimes even with death.

If it weren’t so heart-breakingly tragic, it would be absurd. Consider the situation in North Carolina. The legislature is requiring all trans individuals to use a bathroom that matches their gender assignment at birth. This is a solution to a problem that doesn’t exist; a solution that’s causing all sorts of new problems. Not only is there no instance of a trans person assaulting another person in a bathroom; our records suggest the opposite. Trans individuals are subject to constant harassment, violence, and even murder, simply because of who they are.  Now, with national, state, and local governments at odds, its not even clear which bathrooms are legal for which people, even if you wanted to follow the law. It’s even less clear whether any public bathrooms are safe for trans people.

Our God is so powerful that he shakes the earth: not to destroy it, but to cause a release and a  realignment.  Chained bodies are unbound, jailhouse doors are unlocked, enemies become siblings in Christ.

This is a God who makes a way out of no way, who finds opportunity even in disaster, whose love is deeper and wider and more profound than human failures.

It’s hard to imagine how our story, our culture’s story, our nation’s story, could end well.  But what if we really put our trust in the God we have gathered here this morning to worship?  What if we saw, not impending disaster, but an amazing opportunity for the Holy Spirit?  Our God could really shake things up around here, resetting the whole foundation of our society.  Closet doors, bathroom doors, cell doors could swing open.  The shackles of fear could release their grip so that everyone could breathe.  We could leave false and hateful rhetoric behind and approach one another with gratitude, wonder, and curiosity, imagining together what the common good might really be like.

Our God has done this.  Our God could do this again.  Maybe we’re already in the middle of it. After all, it was back in 1999 that members of this church, some of them among us, were moved to create and confirm our Open and Affirming statement.  This is radical stuff, people. This statement casts a vision of a diverse and mutually affirming community bound together in faith.  This statement is so powerful that we are nowhere near done achieving it 17 years later.  But we have begun. And we will continue.  And with every step in this direction, we cross boundaries, and break bonds of injustice, and take part in Holy Spirit seismic waves.

What kind of God have we gathered here to worship today? Let us not forget to place our trust in her. Let’s wait and watch and witness and work for the next Holy Ghost Earthquake.  What is your part in it? What is our part in it? We can start by speaking this statement aloud together, reaffirming our intention to be more Christ-like in our love for one another:

We, the members of the West Concord Union Church, are called to love one another as God loves us, freely and unconditionally. We further believe that diversity enriches our faith community.

Therefore, we welcome persons of any age, gender, race, sexual orientation, socio-economic status, ethnicity and physical or mental ability into full membership and participation in the body of Christ. We celebrate family in all its diverse forms and honor, support, and bless all loving and committed relationships.

As we are one in Christ, we are called to accept and respect one another in the face of our differences. We agree that continued dialogue is necessary as we each grow in learning and understanding.

We commit ourselves to work diligently to end all oppression and discrimination which afflicts God’s people in our society. We seek to explore new ways of affirming our faith in community according to the wisdom of the Gospel. We strive, as individuals, to become more Christ-like in our love for one another.