An Introduction to Angels

This Advent we are exploring Angels. What do you think of, when you think of angels? Angels are very popular in our culture; many people believe in them. But few of the images and ideas we have about them have much to do with the angels we find in the bible. 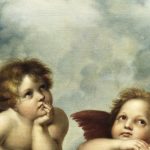 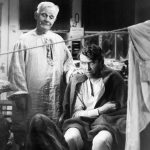 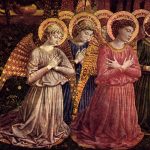 You may not believe me on this one, but: angels in the bible never sing. I love this detail from the Ghent altarpiece by Jan van Eyck. So many of the angelic singers are really struggling to get their parts right. Still, although they play instruments, biblical angels don’t sing. 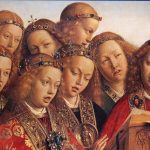 Angels in the bible don’t have wings! At least, most of them don’t. The only creatures that are mentioned with wings are Cherubim and Seraphim, which some folks argue aren’t angels at all. Even if we think they ARE angels, Cherubim and Seraphim do not look quite like how we imagine angels. Cherubim, according to the book of Ezekiel, Have two pairs of wings, and four faces – like the picture on the left. Seraphim, only found in the book of Isaiah, have six wings: with two wings they cover their faces, with two they cover their feet, and with two they fly – that’s them on the right. A bit wilder than we usually imagine. 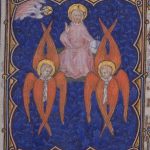 Nowhere in our scriptures does it specify that angels have European ancestry or pale skin. Neither are angels specifically female. So what CAN we say about biblical angels? Angels in our bible are strange, and surprising. Biblical angels visit unexpectedly: these angels are showing up on Abraham’s door step. Angels don’t make appointments. 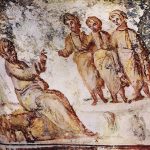 Angels don’t always arrive in the flesh, either; sometimes they show up in dreams. In one of Jacob’s dreams they climb a ladder. Joseph and the Magi also hear from angels in dreams. 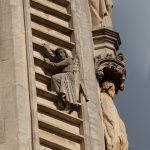 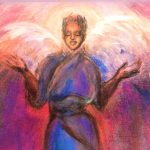 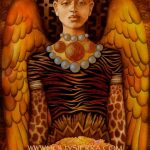 Angels show the way towards freedom. When the people Israel come up out of Egypt, an Angel of God goes before them. 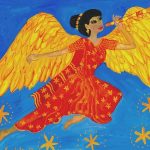 Angels warn us away from foolish behavior. In the story today, King Moab, a powerful leader, is so scared when the people Israel come near his land that he tries to convince Balaam to curse them so that he can defeat them in battle. But God, and God’s Angel, protect the people Israel, warning Balaam to speak only holy words, to send blessings instead.

God sends angels to help other desperate travelers, too, like Mary, Joseph, and Jesus, who flee from King Herod. I imagine that angels are working with God now to comfort the refugees on our borders, and to guide us all towards greater compassion towards them. 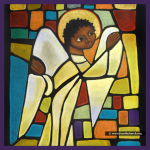 Biblical angels are strong; they wrestle the evil within us and battle the evil in the world. Angels can be guards, defenders, even armies. 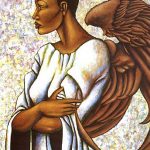 Angels love to worship. They draw us towards awe. They cry, ”Glory!,” again and again. 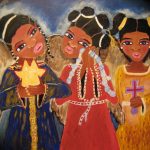 Let us give thanks for God’s angels: mysterious, unpredictable, fantastic agents of God’s will among us, forces of love. 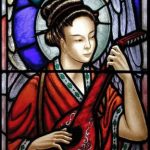 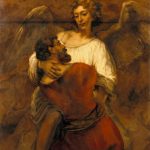