Cut to the Heart 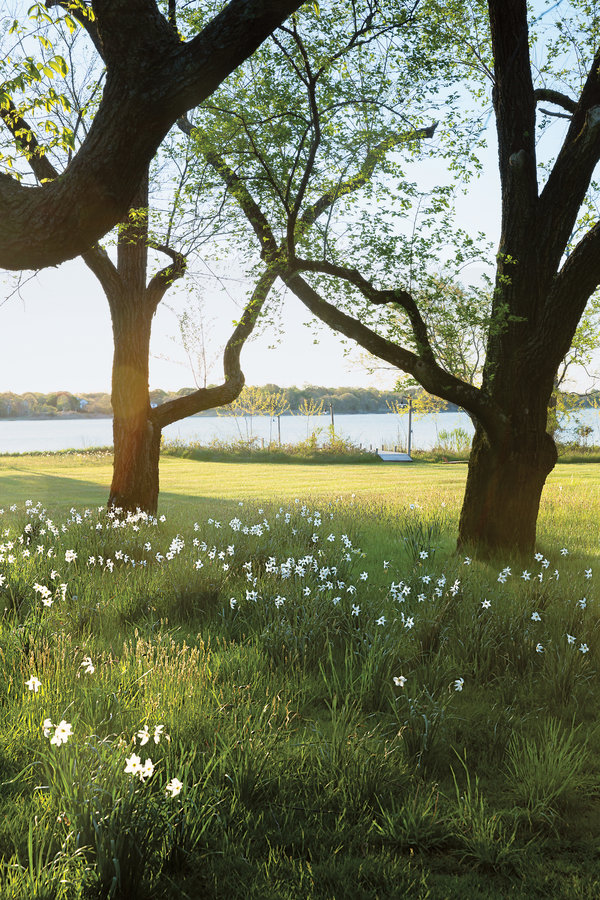 In the reading from the book of Acts today, we press fast-forward on the story of the Church. Peter is speaking to a great gathering on the day of Pentecost, which we won’t celebrate until the beginning of June.  On that day, followers of Jesus who have spent the 50 days since the resurrection in fear and uncertainty are out in the streets. Also there are faithful members of the Jewish Diaspora, in Jerusalem for the festival. All of these people have just witnessed something extraordinary – the miracle of Pentecost —  wind, and flame, and a miraculous multilingual exchange about God’s deeds of power. People are amazed and perplexed.  No one is sure what to make of it. Some even suggest that the whole crowd has had too much wine to drink.

Peter has a different explanation. He tells the crowds: God did great things through Jesus among you, wonders and signs. Then Jesus was killed, but God raised him up, freeing him from death. Now Jesus has poured out the Spirit of God among us, as the prophet Joel described.

So far, so good. I imagine the crowds nodding their heads. Everything is starting to fit together, and it is all good news. But then, Peter continues.  He says, “Know with certainty that God has made him both Lord and Messiah, this Jesus whom you crucified.”

This Jesus who you crucified. Wow.  According to Peter, God is doing amazing things, but the people have done something truly awful. They have killed their own messiah.

Now, of course, this Pentecost crowd wasn’t directly responsible for Jesus’ death.  Some of them weren’t even in the city when he was killed. Ultimately it was the Roman state who executed Jesus.  But Peter tells the crowd: you are complicit. You failed to recognize who Jesus really was. You chose not to follow him. You were too afraid to protect him when things got tough.  This was your messiah, and you did not stand between him and capital punishment.

I am amazed that Peter is brave enough to say this to the crowd.  He could have gotten in deep trouble. Instead, something amazing happens. “Now when they heard this, they were cut to the heart and said to Peter and to the other apostles, “Brothers, what should we do?”  And Peter said them, “Repent, and be baptized in the name of Jesus so that your sins may be forgiven; and you will receive the gift of the Holy Spirit. For the promise is for you, and for your children, and for all who are far away…”

Peter’s Pentecost sermon about God’s amazing grace and the people’s collective guilt is met not with resistance or a riot, but with repentance and renewal. About three thousand people are baptized, receiving God’s forgiveness and the Holy Spirit.

For many decades now, if not longer, there have been voices confronting us with a new terrible truth.  The earth, God’s creation, our home, is suffering and is in danger of death. And not only that: we are the ones carrying out the crucifixion. We are the ones who are killing it.

Of course, no single individual among us is completely responsible for this phenomenon. And yet, collectively, we are all responsible. We are the ones living in a way that is not sustainable. It is our cultures and economic systems that have accelerated the rate of natural abuse.  It is our governments that have failed to curtail the damage. It is our ignorance, our denial, and finally our cowardice that have created this crisis.  Temporary profit and comfort for the wealthiest are prioritized about the health and safety of earth and all of its creatures, including humankind.

Voices have been confronting us with this terrible truth. But unlike those gathered in Jerusalem on the day of Pentecost, we have mostly refused to take responsibility or change our habits. This approach has gained us nothing. On the contrary, it has cost us precious opportunities to turn things around. And still, we argue amongst ourselves about what is happening and who is to blame and what to do about it, if anything.

But there is another way.  The way that crowd on Pentecost chose. The way of repentance, and humility, and shared effort at forming a new way of life.

Yesterday, people gathered to march for the climate. They gathered because they had come to believe the terrible truth that we are harming the earth. They gathered because there are still too many who refuse to acknowledge this truth, or respond to it. Among that number are our new President and his administration, which has worked to roll back environmental protections and stop collecting and sharing data on climate change.

So people gathered to march. There were people in DC, tens or hundreds of thousands of them, and people at over 300 sister marches or rallies around the country and around the globe.  In Augusta, Maine, protestors spoke up for marginalized communities. In Tampa, Florida, marchers shared their concern about rising sea levels. The weather conditions weren” great. In D.C., there was record heat. In Denver, it snowed. In Chicago, it rained. People came anyway.

All kinds of people marched. There were environmental advocates, expressing anger but also resolve. There were water protectors, reminding us that water is sacred, and water is life. Nurses marched, because pollution is a health issue.  People of faith marched, including UCC folks in Boston, and our own Polly and Keith in D.C., and so many others, because we believe in the value of God’s creation and in the wellbeing of God’s people. And of course there were the unions and immigrants, indigenous people and coastal dwellers, and so many children: all of them especially vulnerable to a changing climate.

You would think that such gatherings would be a somber affair. But they were not. Or not only somber.  There was creativity and even joy. People rode stationary bikes to power loudspeakers. Someone put on a polar bear costume. A fisherman came with his 24-foot oyster boat, to let people know that climate change effects jobs. People wore flowers in their hair and carried children on their shoulders and made signs saying things like, “May the forest be with you.”  There were brass bands and so many drums. The drumming, they say, went on forever.

It is a human instinct to stop our ears against bad news and avoid responsibility for terrible tragedies.  But when it comes to the earth – and everything else – God demands honesty, responsibility, and repentance. This may sound awful, but it’s actually part of God’s magnificent good news. Because once we are willing to face the truth and acknowledge our role in it, we are free. God forgives our sins, so that we need not carry them anymore. And as an extra bonus gift on the far side of grace, we receive the Spirit. The Spirit. That’s what we see, when climate marchers dance in the streets, and share snacks, and imagine a better world, and sing in the face of all that is happening.

God has given us this earth, and we have done terrible things to it. But God’s good work does not end with the making of creation. She offers us a chance to repent, and be forgiven. She grants us the power of her Spirit for wisdom and courage and joy in whatever comes next. This promise is for us, and for our children, and for all those are far away. Thanks be to God.