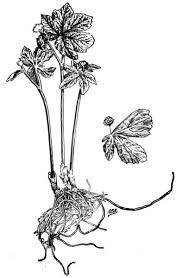 Every morning, when we gathered in our prayer circle before work, Charles said the same prayer, “Thank you God for this day which we have never seen before.

It was spring over ten years ago when a bunch of us from here and from South Acton Congregational Church arrived in New Orleans, Louisiana, or NOLA for short, to help rebuild Charles and Winnie Wilmore’s house after it had been destroyed a year and a half earlier by Hurricane Katrina.  Charles and Winnie had moved to their new house in East NOLA only 3 weeks before the storm, finally locating and being able to afford a home where Winnie’s ailing mother could come to live with them.  They had left the neighborhood in the Lower 9th Ward where generations of both their families had raised their children and where many of their cousins, aunts, uncles and lifelong friends were still living in August 2005.

Now, almost 2 years later, they were in a toxic FEMA trailer parked in their front yard, looking at the ruin of their dream. Winnie’s mother had gone to Baton Rouge for the duration. Given the shenanigans of post-Katrina bureaucracy, it was no surprise that, when they checked with the insurance company about the flood insurance   they had purchased when they moved in, the agent told them that the paperwork had been “lost in the aftermath of the storm.”

So no flood insurance, no home, no family, and living in a poisonous environment.  Winnie was partially disabled with a bad hip, Charles retired from the postal service.  Yet every day, without fail, Charles thanked God for the new day, one never before known or experienced.  And then he followed it with giving thanks for the “angels” who had been sent to help. They, apparently, were us.

When the Israelites were in exile, the prophet Jeremiah spoke the words read earlier.  Promising restoration, promising a joyful return home.  “Again I will build you and you shall be built.” Jeremiah spun miraculous images of watered gardens and fruited vineyards that God would provide. To the exiles it must have sounded like a lovely but very unlikely fairy tale.  They were far from home, had lost everything; and there was no sign of any human intervention.  I imagine that God must have seemed as distant to them as George Bush did to the people stranded on rooftops in New Orleans when he flew over them in Air Force One.

Still, the prophet kept reassuring them  “I am going to bring them from the north and from the farthest parts of the earth…from Baton Rouge, Houston, Massachusetts?  How so?

But there we were, angels in muddy boots.  Working under the guidance of Hosanna Industries from Pittsburgh, with a high school group from Tulsa, we cut and hauled big pieces of sheetrock and put them up, nailed floorboards, framed windows, caulked seams.

Then came the roof day.  Although it was April, New Orleans was a steam bath, sweat pouring off us in rivers. Being a creature who is happiest when it is 30 or 40 degrees, dry and briskly sunny, there was no way I was going to go up there, possibly pass out and fall off.  So along with Pris, who had also decided to remain earthbound, we passed the shingles up to the roofers and disposed of the old roofing as they tossed it down.  That being accomplished, we wandered back behind the house where, for some reason, none of us had ever been.  What we saw there were the ruins of what looked to have been a small private garden and some patio furniture.  Stone pavers were upended and cracked, flowerpots tossed about, dirt and debris everywhere.  I don’t remember whether Pris or I said anything, or whether we just looked at each other and simply knew what we were going to do.

After clearing away some of the debris, and righting the furniture, we scrounged some rusty garden tools from the shed and began to dig along the back fence.  That’s when it happened.  As earthworms began to wriggle up from the mud, mud that had been buried under Mississippi flood waters and was now rich with nutrients, I recognized that, down there on my knees in the dirt, I was receiving a call from God. Don’t get me wrong, no angels appeared, no harps or trumpets sounded, and certainly no voice.  It was more like, “Oh yeah, that’s why I came on this trip!”   Then, and this is true, I looked up to see a butterfly flit by and a bird land on a nearby tree. I know, this sounds like a scene from a Disney movie. But my point is that there was life here, where there had been only death and destruction. And I wanted to be a part of it.  To rebuild gardens in New Orleans.  So people, when they come back will have not only a home for their bodies but also a place of beauty for their spirits.  I wanted to plant seeds of hope in the city.

In the parable of the sower, Jesus tells the crowd that not all the seeds that they will sow are going to take root and bear fruit. There are many obstacles that will come along and prevent their growth: poor soil, choking weeds, too much sun.  While this seems to be a warning to his followers that there will be many times when people will not listen to them as they go out to spread the Word, the parable is also a literal reminder that, not all these gardens we plant will thrive. All we can do is, quoting Bishop Ken Unterer,  plant the seeds that  one day will grow, water the seeds already planted, knowing that they hold future promise.  We cannot do everything, and there is a sense of liberation in realizing that.  This enables us to do something and to do it very well.

Our week with Charles and Winnie came to an end, but not before we had led them back behind their house, where they hadn’t been since the destruction.  Over the course of the previous days, we had cleared away the debris, gone to Home Depot (one of the few places that had opened up) to buy flowers that we planted.  Don from our group, although suffering from the flu, repaired the walkway, the teens from Tulsa bought brightly colored cushions for the furniture, we constructed a few side tables from cinder blocks and swept the place clean. When the Wilmores saw the garden, they were beyond surprised and clearly overcome. Melissa from South Acton had recorded some of the great New Orleans jazz on her iPhone; at which point Winnie tossed aside her cane and joined us as we all danced.

And so Gardens for NOLA was born, in the backyard of a ruined house, deep in the Mississippi mud and alive with earthworms, butterflies, birds and mostly, hope.

Last winter Hannah led a series that was entitled “Finding God in unexpected places” and asked for volunteers to tell our stories this summer.  I signed up which is why I’m here today.  to tell you that the last thing that I expected, when I signed on for the New Orleans trip ten years ago is that I would come home with what felt like an encounter with God and a passion to take groups of adults and teens to restore and plant gardens in New Orleans, which we did for seven years and ten trips.  But as I’ve thought about this experience recently, the idea of finding God unexpectedly there really doesn’t make sense.

After all, where else would we expect God to be?  She always shows up where there are homeless and forgotten people. God is always on the side of the oppressed and the marginalized.  He’s there when everyone else has hit the road.

And Charles reminded us of that every single day.