On January 11th, 1889, a notice went out in the Concord Enterprise to invite all who were interested to a Christian worship service in Warner Hall in Concord Junction, so that “all in the neighborhood who choose to do so may unite in some fitting covenant of Christian service and love.”  Thus the seventeen “Covenanters” came together, forming a faith community that officially became West Concord Union Church in 1891. 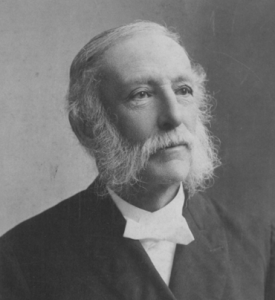 Our Covenanters included 13 women and 4 men. Most of them were associated with what was then known as the Concord Reformatory; men who worked there and women who had married prison officers, engineers, or instructors.  Three of the Covenanters were immigrants from Canada; a tradition that continues today. Some of the Covenanters’ time with the community was short lived, while others stayed for many years. George Knowles and Benjamin Russell were deacons for over 25 years. Reformatory chaplain and founding pastor William Batt (pictured) remained active for 40 years. Batt’s housekeeper, Anna Noonan, was active for even longer, baking bread for communion, serving as treasurer, and continuing to worship at WCUC until her death in 1932. The last surviving Covenanter was Alice Knowles, who died in 1937.

We don’t have a picture of the Covenanters, but we d 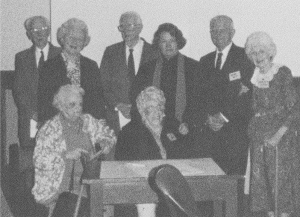 o have a picture of another group of faithful WCUC folks. These women and men were part of the cradle roll during the pastorate of the first settled minister, Rev. Campbell, and were still living in 1991 to sign a centennial covenant. Among them is Emma Mitchell, mother of Jean Moscariello – you may be able to discern a family resemblance.

Over the next few weeks I’ll be lifting up stories of our past, as we celebrate 125 years of this faith community. It seemed only fitting to start with our All Saints and All Souls celebration, when we remember and give thanks for all those who have gone before us. There are stories of so many of our early members and leaders in the history book that was written for our centennial – I hope you will pick one up in the hallway or the library or go home and page through yours to take some of those stories in.

One story that particularly struck me from our earliest period was that of Mary B. Lane.  Mary Lane was part of the Third Congregational Church in Westvale which merged with West Concord Union Church in 1895, bringing that church’s communion silver (my guess is that the pitcher on the table is from them).  Mary helped to found our first Sunday School and became its superintendent. She also served as a leader in the Women’s Christian Temperance Union. 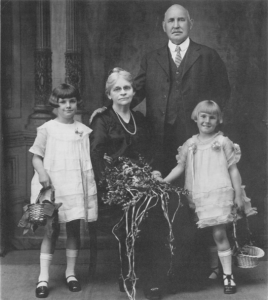 Marguerite Leighton, another saint of WCUC, remembered that Mary Lane “seemed to run the church in those days…We couldn’t graduate unless we knew the Lord’s Prayer, the Ten Commandments, the Beautitudes, and, of course, the pledge.”  The “pledge” has since fallen out of favor in our modern Sunday School, but I don’t want you to miss out, so here it is: “God hover over me, I promise not to buy, sell, or give Alcoholic liquors while I live; from all tobacco I’ll abstain, and never take God’s name in vain.”  A testimony at Mary’s death proclaimed: “There was never any doubt about her devotion to the cause, her love of children, or her eagerness to lead young people into the good life as she knew it, making religion a personal, vital thing for every day use.” This is still a goal for us in every aspect of our church today.

In the second letter to the Thessalonians, the writer says: “We must always give thanks to God for you, brothers and sisters, as is right, because your faith is growing abundantly, and the love of every one of you for one another is increasing.  Therefore we ourselves boast of you among the churches of God for your steadfastness and faith…We always pray for you, asking that our God will make you worthy of his call and will fulfill by his power every good resolve and work of faith, so that the name of our Lord Jesus may be glorified in you, and you in him.”

As we approach 125 years together, we give thanks for the steadfastness and faith of so many who founded and carried on this church through many changes and challenges.  What a rich and glorious inheritance we have. May God make us worthy of her call and fulfill by her power every good resolve and work of faith we undertake, so that Jesus may be glorified in us, and us in him. Amen.