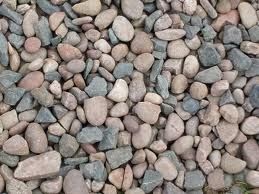 When Supreme Court Associate Justice Sonia Sotomayor was a senior at Cardinal Spellman High School In 1970 she gave this speech to the Forensics Club: “On a cold night in early spring, a young woman drove home from the bar where she was working to her apartment in Queens. It was around 3 a.m. She parked her car in a nearby parking lot and was walking up the alley toward her building when a stranger appeared out of the shadows and approached her. Frightened, she ran, but he caught up with her. He stabbed her in the back. She screamed and cried for help. Several neighbors heard her cries and witnessed the struggle that ensued as Winston Moseley assaulted Kitty Genovese.”

For many of you, like me, that were around then, the name Kitty Genovese became a household term in the sixties. Sadly, not because such horrific crimes were rare at the time, but because of the surrounding circumstances. As Sotomayor went on to say, in what became a charge to her listeners: “38 neighbors heard Kitty’s cries and did nothing. In the moment of opportunity when a criminal grabs his chance and a victim is suffering, ? will you see the victim not as a stranger or as a statistic but as another human being? Will you be fully human in that moment and feel the obligation to care, to act, to get involved?” (My Beloved World, p. 112-113)

None of those 38 were responsible for Kitty’s death. Yet neither did they act to try to stop it. Would it have made a difference? Perhaps not. And perhaps yes.

In another city, at another time, another young person was killed. Stephen, a newly baptized member of the church, was stoned to death by an angry mob for preaching what members of the synagogue regarded as blasphemy. This story should also be headline news. Not because killing of “the other”, whether of a different faith or another culture, was so unusual then (as now) . Sadly, there were many more who died for their faith, and may have already been some before Stephen’s death. No, it is due to one short phrase tucked into the main event, almost as an aside.

When the witnesses dragged Stephen out of the city and began to stone him, “ They laid their coats at the feet of a young man named Saul.” It is here that we meet Saul, Saul whom we will come to know as Paul. Saul who stood by and, while he didn’t throw a stone, stood by and did nothing. Indeed, Saul approved of the killing.

How is it that the young man, who at the time of Stephen’s death was basically no more than a coat-check boy? Who stood by and did nothing but actually approved of the mob violence, and soon was himself dragging off disciples to prison?  How is it that this man became arguably the one person to whom we owe the institution of the church?

The circumstances of Saul’s conversion are familiar. On a journey towards Damascus to round up more believers in Christ, he saw a flash of blinding light, heard the voice of Jesus and fell to the ground. Pretty dramatic as conversions go. And from then on, Paul traveled all around the known Roman world, planting new Christian communities wherever he went, and the Word spread like wildfire and the church was born and everyone lived happily ev…. Well, not exactly.

Now and then there are conversions like that. Some folks do suddenly wake up to the error of their ways and from that day on, lead a completely new life. Some people do actually hear a voice, or see a vision and know at that moment that they are called, or, as some say, are born again.

But my guess is that most of the time it doesn’t happen that way. And that, in reality, it didn’t even happen precisely that way for Saul, despite what scripture says. After Saul picked himself up off the ground and discovered he couldn’t see, his companions led him to a house in Damascus. While there, a disciple called Ananias had a vision in which he heard God telling him to go to Saul. When Ananias laid healing hands on Saul, Saul’s sight was restored and he was baptized, following which he spent several days with the disciples in Damascus. Saul’s new way of life wasn’t instantaneous. It may have led him towards the path, but it was the acceptance by Ananias, who had previously known Saul only as persecutor, along with the teaching and companionship of the Christian community in Damascus, that set his feet firmly on the path. A communal effort. It took that village to raise him up in the faith.

And not only that. Saul was likely a student of the Pharisee Gamaliel, who was a member of the Jerusalem council. Gamaliel, who said this about the apostles: “Keep away from these men and let them alone; because if this plan or undertaking is of human origin, it will fail; but if it is of God, you will not be able to overthrow them-in that case you may even be found fighting against God.” (Acts 5: 38-39) Maybe Saul, at the moment he heard Jesus’ voice, remembered the wise words of his former teacher.

And not only that. At the moment of his death, Stephen, as had Jesus on the cross, prayed, “Lord, do not hold this sin against them.” Saul heard those words. Heard forgiveness in them. As St. Augustine wrote, “The church owes Paul to the prayer of Stephen…….

Conversion is rarely the result of one spectacular moment. It is often simply an evolution, step by step, learning from the wise teachings of elders, being accepted by a loving community; incorporating experiences or teachings or personal encounters that didn’t seem important at the time. And often, like Saul, after behaving in ways we wish we hadn’t. I don’t know about you, but I look back on my life and wish I could undo some things. I have hurt friends and family, I have stood by or passed by on the other side of the road, I have been one of those who did not speak out in a time of moral crisis. At the same time, I know that God has been able to use me in some ways. As God uses each of us.
I find it interesting, and perhaps not a coincidence, that in the letter of Peter which we heard today, the writer uses stone as a metaphor time and again. “I am laying in Zion a stone, a cornerstone”; “ the stone that the builders rejected has become the very head of the corner”; “like living stones, let yourself be built into a spiritual house”

If God can use a stone, an instrument of death, as a building block, even the cornerstone, chosen and precious, and, indeed! if God could and did roll away the massive stone which had imprisoned death, isn’t it even more likely that God can use God’s people, us, though hard-hearted or block-headed we may be, as instruments for life? God, who changed Saul’s heart, is always ready to do the same for us.

I have often wondered, since that day 50 years ago; what happened to those 38 people from Queens who heard Kitty Genovese’s screams? Were they full of regret? Were they still talking about it years later? Did anyone turn to crime? Or did some, maybe one or two or three, use that experience as a turning point in their own lives. I like to imagine the latter: that one became a police officer. Another started a neighborhood watch; a third became a community organizer or an inner city priest. That the moment of dreadful violence was, not redeemed exactly, ,but converted by a few into a passion for justice.

Will you see the victim not as a stranger or as a statistic but as another human being? Will I be fully human in that moment and feel the obligation to care, to act, to get involved? Can we fully accept God’s forgiveness for whatever it is we have done, left undone or think we have done that may still be weighing on us? and really, really believe that we are loved and accepted just as we are: then called to act as Christ’s hands and feet and heart in the time that we are given.

I’m going to try. And I pray that you will too. Amen.