Tagged with Save the Church 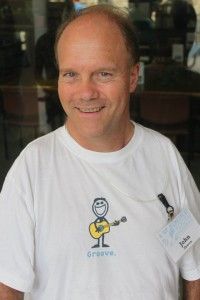 Thriving churches have become an endangered species. Studies show more people than ever consider themselves religiously unaffiliated. And all of the mainline denominations are busier closing churches than planting new ones.

I’ve spent a lot of time in churches—at least nine spanning three denominations. I also have friends in many areas of the country who spend most of their time thinking, reading and talking about churches. So I don’t say it lightly when I describe WCUC to colleagues and friends as a thriving church. I’ve often asked myself the question: “Why is WCUC growing when so many other churches are struggling?”

Sunday Fellowship recently invited John Sharon, founder of Disabilities Understood, to preach at WCUC. In his sermon, “The Broken Body”, John described the flourishing church as a place “where everyone’s gifts are cultivated and embraced,” where differences are connecting, rather than disconnecting and where “everyone can find common ground for their brokenness.” As John told us, “when all belong, that’s when the church looks more like Jesus–broken, compassionate, and alive.” Maybe that’s one of the explanations for WCUC’s health and growth in recent years. Could it be that the members of Sunday Fellowship are some of WCUC’s most gifted teachers of the gospel? -Melissa 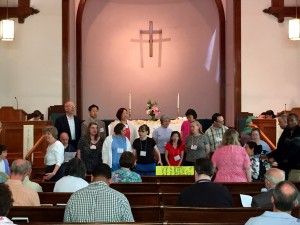