Answering the Call to Save the Earth 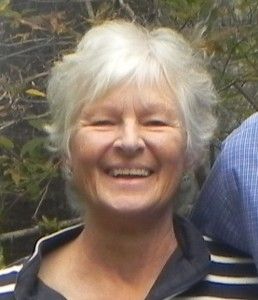 WCUC member Polly Jenkins Man is one of the writers for the Concord Journal’s Voices of Faith column. Here is her most recent column.

The earth is the Lord’s and all that is in it, the world, and all who live in it; for he has founded it on the seas, and established it on the rivers.  – Psalm 24

When we try to pick out anything by itself, we find it hitched to everything else in the universe.  -John Muir

When I was in seminary, confident of my new theological wisdom, I realized it was high time to ask my father something we had never discussed before: what he believed about God. We happened to be on a trail in the Adirondack Mountains at the time, standing next to a rock pool above a waterfall. Dad didn’t answer; instead he beckoned me closer to the pool. “Look in there, Pol,” he said. “You want to know what I believe about God? Everything that anyone needs to know is right here.” So I looked, and saw small wiggling things, bits of green and brown matter, microcosmic creatures with legs, ripples caused by constant motion, all caught in the sparkle of sunlight. I remembered this long ago conversation when I read part of Pope Francis’ June Encyclical Laudato Si, On Care for Our Common Home. These are his words:

Our insistence that each human being is an image of God should not make us overlook the fact that each creature has its own purpose. None is superfluous. The entire material universe speaks of God’s love, his boundless affection for us. Soil, water, mountains, everything is, as it were, a caress of God. (Ch. 2, IV. 84) God has written a precious book, the Pope writes, quoting Pope John Paul II, “whose letters are the multitude of created things present in the universe.”

Last month I stood on the Washington Mall, “America’s Front Yard,” when the Pope was speaking to Congress. I had joined the organization Mobile Action on Climate to watch and listen to his words on two jumbotrons. I am a veteran of events like this, in Washington, Boston and New York; attending rallies, complete with singing, speeches and marching for just causes. Never, though, did I dream that a speech by a Pope to a bunch of Protestants, Jews, Muslims, agnostics, atheists and who knows what else, would attract a crowd like those had. We were like a bunch of groupies at a rock concert. Afterwards, when Pope Francis appeared on the Capitol balcony and acknowledged the crowd, the cries of “Il Papa” were thunderous, hands clapping and waving wildly. You’d have thought the Beatles had come back to town! As my friend, Rabbi Shoshana said, “As a Jew I never thought I would say how much I love and respect the head of the Catholic church.”

Pope Francis, in his encyclical and by his presence and popularity across the globe, is rallying all people of faith to act to prevent the damage to our God-given earth from getting any worse than it is. In the Pope’s address to the United Nations following his visit to Washington, he spoke about the urgency for all nations who will meet in France at the end of the year for the United Nations Framework Convention on Climate to sign a new international agreement on the climate. This will be a significant; no, a critical moment for the nations to come together and commit themselves to preservation of the world as we know it. It’s also an opportunity for everyone to have a voice in this effort. To that end, I invite all who read this to raise yours by going to the website www.parispledge.com where you may add your name to the list of thousands who urge the delegates in to Paris sign an agreement which, if accomplished, will halt global warming. We are all in this together.

Acting now to save our planet is imperative for future generations to have a safe, clean world; it is crucial so that inhabitants of the poorest nations will have a home; it is our obligation to all life forms, in the grasslands and the watersheds and the great northern forests; to the great blue whale swimming deep in the ocean and to the smallest water bug in a mountain rock pool.