Celebrating Unity in the Midst of Change

This article was written by Polly Jenkins Man for the May 19th, 2016 Concord Journal column, Voices of Faith. 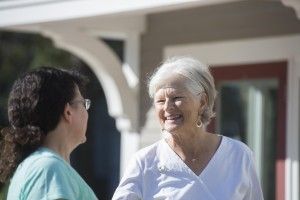 For in the first place, when you assemble as a church I hear that there are divisions among you. – I Cor. 11:18

Since moving to Concord in 1970, I have lived in four different houses.  Yet there is one place that has been my home all this time; the West Concord Union Church which I joined soon after we moved to town.  For 45 years this has been my sacred space.  It is where my children attended Sunday school, my son was baptized, my daughter confirmed; where my husband and I met and were married.  We were both ordained here and I hope that, when I die, my life will be celebrated from this sacred space.

There have been six pastors since 1970 and five interim pastors. Friends have come and gone, children have grown up and moved away, babies have been born, members have died.  The building and the grounds have undergone major renovations and our rooms have been used for, among other things, a Montessori school, a math program, the prison ministry and now a music school.

This year we mark the 125th anniversary of the founding of our congregation by the wardens of the Concord Reformatory, now MCI Concord, in 1891. To mark the occasion, WCUC has embarked on a capital campaign.

Next Sunday, during morning worship, we will dedicate our financial pledges to this campaign to update our building once again: to preserve and maintain our present structure; become environmentally responsible with more efficient energy and by making structural changes; and improve accessibility and flexibility to our spaces.

Not all of us have jumped on board with this plan.  I count myself among those that have disagreed with some aspects.  Sometimes I felt that my concerns were not taken seriously and my voice didn’t matter. Now, as I look back to those times, I see that those with whom I spoke must have felt the same way.

But then, after open and honest conversations with them, I began to see things differently.  I realized that this is what church is all about.  This is exactly how a community of believers behaves. As Paul said, there are varieties of gifts and each, though different and distinct, has its function.  “If the foot should say, ‘Because I am not a hand, I do not belong to the body’ that would not make it any less part of the body.”  All are necessary for the body to function well. By dealing with our differences and appreciating each other for our uniqueness, we become true community; by this we can claim to be one body; the arms and legs and minds of Christ in our world.

On the day of the Pentecost celebration, it’s recorded in the Book of Acts that about 3000 people were gathered together; people from all over the ancient Roman world.  Suddenly, they all began to speak at once, each in their own language, Yet everyone heard the words as if it were their own.  Now that doesn’t make a lot of sense at first, unless we believe that it was not the words themselves but the mutual experience of the Christ Spirit that had come to them; As Henri Nouwen observed, when once no words could express his feelings for an old friend, “It is the Christ in you that recognizes the Christ in me.”

Pentecost is the church’s birthday; it’s the beginning of a community where people from all backgrounds, each with our own ways of communicating, are united by one Spirit; where disagreements can be expressed and discussed then ultimately subsumed to the common belief that we are more than the sum of our parts; we are one body; the body of Christ.

That’s what we will celebrate on our birthday: 125 years of changes to our building, multiple pastors, hundreds of baptisms, weddings, funerals and, yes, arguments, hurt feelings and betrayals along with love, respect and reconciliation.  This is what makes us a church; a community of fallible human beings who are doing the best we can to be the Body of Christ.