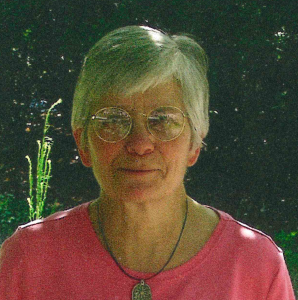 The story of the Widow’s Two Mites puzzled me when, as a young child, I first heard it. That an adult might have only two small coins to her name was hard to believe. Yet the real point of the story was clear: She “cast in all that she had.”

I was fortunate to grow up in a household where the principle of giving was the foundation of how my parents lived. Not only did they devote themselves to caring for others—Dad was a rural general practitioner working literally 24/7, Mother ran the office while managing the household (including six children). They also explicitly subscribed to the principle of tithing, though for them giving away a tenth was a mere baseline. Even tithing falls far short of what that nameless Widow did. My parents basically took 10% off the top and only then thought about what the family could afford.My good fortune lay in being taught that what we had and what we “deserved” were not the same. God’s gifts to us were meant to be shared. I still believe this.

The urge to share begins with seeing the world around us as God’s creation. We did nothing to earn this, let alone deserve it: God gave it to us. Surely that’s reason enough to give—to share with those more needy, to participate in making God’s world reflect that of God in each of us. In church, especially at this time of year, we call this “Congregational Giving.”

Like many children, my siblings and I were given weekly allowances. You’ll get some idea how old I am when I tell you mine for some time was 25₵! Of that it was understood that 10₵ was to go in the church collection plate (a whopping 40%, but still far short of the Widow’s Standard). I cannot claim I have kept up the 40% rate—but my understanding of stewardship grew apace. I saw my parents additionally devoting incalculable amounts of time, energy, and talent to the church, but also to numerous other causes and projects that lifted them beyond themselves.

Parental modeling taught me that we have—by the grace of God—in order to share. Crucial to the Widow’s Legacy is that giving matters and that no gift is too small. Giving, sharing, supporting each other: This is surely what turns a group of individuals into a community of God’s people.