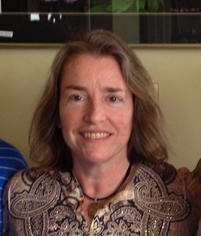 My faith journey has been a lifelong struggle throughout my participation in several faith communities.

I was raised Presbyterian in Pittsburgh. We attended my mom’s family church, an incredible Gothic cathedral seating more than 2,000, in the middle of a blighted urban area. None of my friends went there, the services were formal and I never really connected to it. To join church we had to memorize the entire shorter Catechism, take a difficult exam, and then be grilled by the Session, a group of old men, to ensure we were “qualified” to join. It was NOT a spiritually uplifting and meaningful experience.

I lived in Atlanta after college. After sporadically attending church in high school and college, I joined one of the largest Presbyterian churches in the country (today with 8,000 members). The senior minister was charismatic with a TV ministry all over the South. I joined primarily for the social aspects – the young adult group had a fun softball team and great adventure trips. But many of my peers were far too conservative and I was uncomfortable again.

After business school, I moved to Boston. I searched for a Presbyterian church and found one in Newton. I joined partly because my mother worried that I was “un-churched” and I was her only hope among her three kids. I became a Deacon, then an Elder, but again I was not really comfortable. I had a male friend who was asked to become a Deacon – but he was gay and in the closet – and that was not OK. But the final blow was being invited to dinner with the minister and his wife right after I got engaged to Dan (who is Jewish). The purpose of that dinner was to convince me NOT to marry him because he is Jewish. I was appalled.   It was hard enough dealing with Dan’s father, a rabbi opposed to inter-marriage. I didn’t need my church to turn its back on me.

When we moved to Concord, I helped found an interfaith group, couples with one Christian and one Jew. This informal group met monthly for 7 years and was truly a “God-send” for me. I learned more from these couples than I ever learned in any church setting. We all struggled to figure out how best to raise our children. This is when I also found WCUC, a place where I felt support for our family’s situation. Sadly that was not the case at our temple – the former rabbi never accepted the spiritual path we chose for our children.

Now that my kids are 20 and nearly 18, I am back on my own personal spiritual journey. I feel drawn to spirituality rather than Christianity per se, perhaps because most of my “church” life has not been great. I am grateful to have found this congregation as I continue on my path – and hope to deepen my spiritual life and connection to God in the coming years.