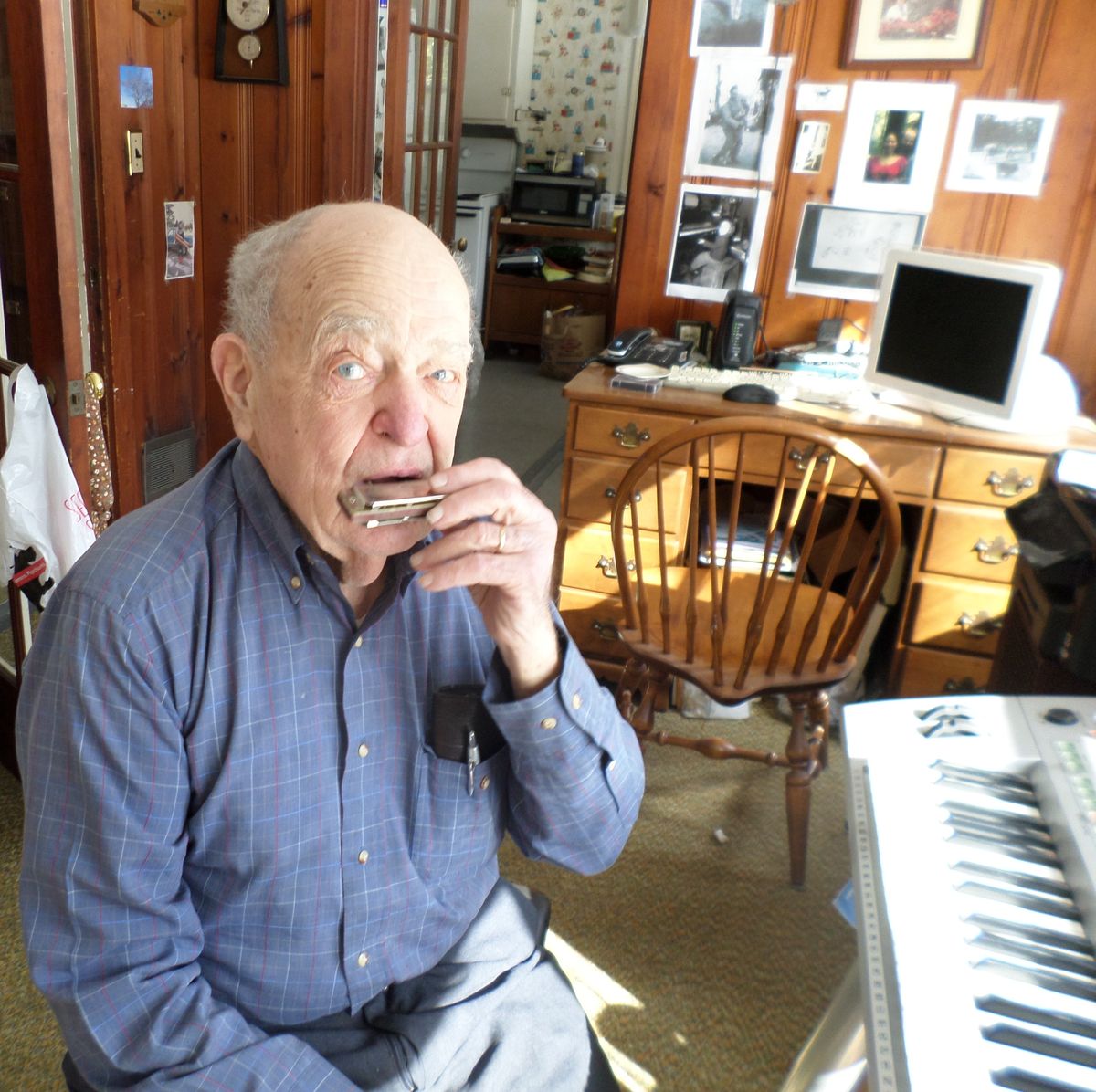 Holly and his harmonica were rarely parted all the years that I sang in the choir with him.  Our most senior member, Holly joined our church and choir in 1948, a record-breaking 65 years ago!  Every so often, as we waited for Jim to call us up to the front to rehearse, Holly entertained us with a lively tune on his “mouth organ.” On Sundays, his deep bass was always a welcome sound coming from the back of the choir.

Hollis Holden was born in Belmont, where his mother played the concert harp in their church and taught piano.  As a young boy, Holly would accompany her to the lessons.  This is when, he believes, his love of music got started.  After the Second World War, when Holly served with the army in Europe, the family moved to West Concord, where Holly met Carolyn, a West Concord native, on a blind date.  They were married in 1950, raised two children, and have lived in West Concord ever since.

Just one year after Holly settled in our town, he opened his Acadian Machine Shop on Beharrel Street, a familiar building which still stands in its original location and which he continued to operate until 2010.  His mother lived for a while in an apartment in back of the shop, where she would play her harp and fashion handmade wooden clothes- drying racks to sell.  Imagine yourself walking into the shop to witness Holly operating his machines to the sound of a gentle harp!  Holly explained the name of his shop, which had always been a mystery to me:  his mother came from Nova Scotia.

Holly and Carolyn loved ballroom dancing and acquired their nicknames that way.  So the next time you see them, say hello to Fred and Ginger!