David Swain attended the Massachusetts Conference of the United Church of Christ Annual Meeting at UMass Amherst on June 17-18, 2016 on behalf of our congregation. Here is his report! 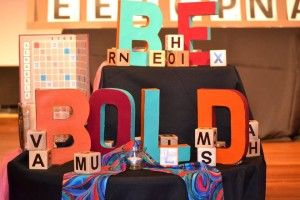 Overview Although the 2016 Annual Meeting lacked the electric atmosphere of the 2015 Meeting (due to the sensation created in 2015 by Israel-Palestine Resolution and Nadia Bolz-Weber’s preaching), this year’s meeting was important in two ways that are significant for the future of the Mass Conference.  First, MACUCC is doing some belt-tightening by reducing both the OCWM retention rate and the United Church Mission sharing ratio, closing the Waltham office (merged into Framingham), and increasing Fellowship dues ($18.55 to 19.00). Second, MACUCC is discerning whether to merge with the Connecticut and Rhode Island Conferences.  A highlight for WCUC was hearing Cindy Maybeck, our incoming interim minister, bring down the house with the story of her commitment ceremony.

Preaching and Music This year’s worship component was eclectic, 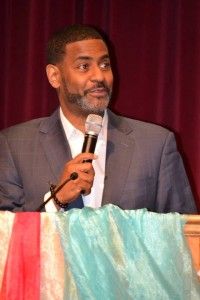 with brilliant and provocative preaching by Rev. Otis Moss III and musical meditation and improvisation by Ken Medema.  Moss spoke to the emerging problem of aging congregations that are failing to keep or attract young believers (using the story of Paul preaching all night and having revive the young man who fell from a window, asleep).  The challenge, Moss argued, is not that culture is failing to support religious life, but that churches are failing themselves by clinging to an outmoded culture.

Resolutions Annual Meeting took up one significant Resolution, “Calling on the 31st General Synod of the United Church of Christ and 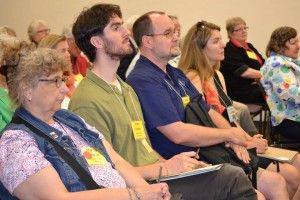 its Members, Congregations, Associations, and Conferences to Covenant as Immigrant-Welcoming Congregations.”  The purpose of this resolution is to support the creation of a new designation for churches wishing to identify themselves as immigrant-welcoming churches. Recognizing that congregations are at very different places on immigrant issues, this Resolution carefully distinguishes between immigrant and refugee status, between “illegal” and “undocumented” labels.  There was a consensus vote to begin a two-year process to decide if MACUCC will be an Immigrant-Welcoming Conference, and to propose the Resolution to Synod in 2017.

Supporting materials: “Becoming an Immigrant Welcoming Congregation: The Journey is Made by Walking” and the MACUCC page on Immigration and Refugee Concerns.

MACUCC Discernment on a Merger  Based on a history of mutual cooperation and recognized interdependence, the MA, CT, and RI Conferences of the UCC have endorsed a Resolution, “Awakening: A Season of Discernment for a Future of Shared 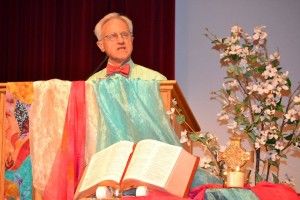 Ministry.”  Much of the first afternoon of the the meeting was dedicated to discussing what a merger, or federation, of the conferences might mean for each, and for a new united conferences.  It became clear in presentations made by the three conferences that Rhode Island, in particular, had much to gain financially, and that MA and CT had much to gain through shared organizational structures.  General questions raised: what is the current state of the covenant between us? what would this mean on the local level? how would this benefit all of us?

Supporting materials and a survey on the proposed merger here.

Future Directions  MACUCC will no longer meet at UMass in Amherst, as the facilities are too small and the location is inconvenient for many attendees.  The 2017 meeting will be held in Hartford, CT.

You can read the MACUCC’s summary of the event, complete with videos of the speakers, here.