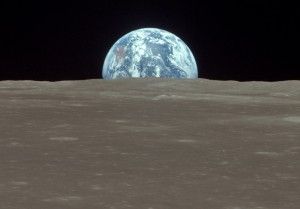 It was Wednesday and I was driving my granddaughter Julia, about 2 at the time, to my house for an afternoon, as I did almost every Wednesday that year. We were playing our regular game called “is that Grummy’s house?” (I’m Grummy) I had created the game in order to forestall her asking, as children are wont to do every minute, “Are we there yet?” The game consisted of her pointing out to houses as we drove by and asking “Is that Grummys house?” (already knowing the answer of course) and I would answer, depending on the house, “No, it’s too big” or “No, it’s yellow and Grummy’s house is green” and so on and she would giggle. And so it went. Then we passed a temple.

“Is that Grummys house?”
“No,” I said, “that’s a temple?”
“What’s a temple?” she asked.
I answered, “Well it’s like a church, like the place you go on Sundays with Mommy and Daddy.”
“What do you do there?”
“You pray and sing and see your friends there, just like a church.”
“Oh… what else do you do there?”
(as most of you know, children have a way of not giving up.)
“You thank God for all the good things in your life…”
“Like what?”
(I’m still not off the hook!)
“Hmm, oh, your family and your friends and flowers…. “
A pause as I searched for more examples she’d understand … and then her little voice coming from the back seat:
“And woodpeckers!!”

Woodpeckers! Of course, why not?? Woodpeckers! Now how she happened to come up with woodpeckers at that precise moment I’m not sure, perhaps a picture book she had read recently, or her dad had shown her one at their feeder or maybe, being the diplomat that all children seem to be at that age, she said “woodpeckers” because she knows how much her Grummy loves birds.

Yes! Let’s praise God for woodpeckers, and for robins and red-tails, for deer and dolphins and moose and mice, praise God for them all. Consider the lilies, Jesus said, see the birds of the air in all their beauty…how God provides for them; for all their needs. I believe that if those beautiful black and white striped birds with flashes of red had been in Galilee, Jesus would have thanked God, as Julia did, for woodpeckers.

Which, in essence is what incarnation is all about. Jesus was in a body and that body, just like each of ours, depended on clean air and fresh water and good food to live; for sun and rain and healthy earth to grow the food that feeds the birds; for trees to clean the air, and mountains to hold snow, to melt into rivers that water the earth that grow the lilies; and washes into the sea where fish and whales live, for the sea to give up its vapor to clouds that pour down healing, refreshing rain and snow so that the cycle would continue, over and over again.

There’s a story about Francis of Assisi, little brother of the birds. It may be an Assisian urban legend for all I know, but Francis being the sort of man that he was, it could have been true.

From time to time, Francis would go out beyond his city and hang upside down from the limb of a tree. In this position he could see that, as scripture says, the world is indeed, “hung by God upon nothing.” Instead of feeling that the strong roots of the trees and the massive foundations of the cathedral made his world safer and more permanent, Francis saw that, from his upside down position, that same weight would put it in great peril. Instead of being proud that his world could not be moved, he was just thankful to God that it had not been dropped!

Our world depends on God’s promise; depend, meaning literally, “to hang from.” God made that promise, a covenant with Noah: Never again will I curse the ground because of humankind, for the imagination of the human heart is evil from the days of youth, neither will I ever again destroy every living creature as I have done. While the earth remains, seedtime and harvest, cold and heat, summer and winter, day and night shall not cease.

And so far, this has been true. God’s essence, whatever that means to each of us, God’s essence infuses the earth with life: inspires; breathes life into us. God’s covenant, arced in the rainbow, has been kept. God has not destroyed the earth.
We, on the other hand, are doing a pretty good job of it all by ourselves. You know the statistics, we all see and feel the effects. Summer and winter will not cease, says the Lord. Endless summer, nuclear winter, those are not in God’s vocabulary. But they have crept into ours.

Looking through my files last week I found an article from National Geographic titled Can this Earth Be Saved? The cover picture was of our blue-green planet. It was a holograph- a light filled ball floating in space; like this banner. But if you tilted the page just slightly, the image disappeared. Just a slight tilt to left or right… Not that much, a degree or so warmer, an inch or a bit more sea level higher. In this case, the medium was the message.

If you are my age or a decade or so older or younger, you’ll probably remember seeing that image of the earth beamed back from the Apollo spacecraft. Wasn’t it amazing??. One of the astronauts commented, after the flight, that seeing the earth from space had changed his life. Matthew Fox, an Episcopal priest and early exponent of Creation Spirituality, said at the time that these astronauts went out from the earth as rocket scientists and reentered as mystics.

It was eye opening for me for another reason. I had grown up in schoolrooms where there were pull-down maps over the blackboard, each state and country identified by a different color. France was green, Russia purple, Idaho brown and so on. I loved that I lived in bright orange Pennsylvania. Of course this was the way the world looked. And so…that photo of Earth…What a surprise! There were no colored sections on the planet. I couldn’t find Massachusetts, Japan, Egypt or any place…

Which is the whole point. We inhabit one earth, one planet, one home. The truth is that this sunlit sphere is our original blessing. St Francis got it right when he called the sun and moon and fire and water brother and sister. Incarnation means we are part of the natural world, not separate from it. We’re in this family together, with all the four-legged winged and finned creatures, with ferns and glaciers, waterfalls and thunderstorms and tall pine forests.

Yet, at the same time, we are something else. We are the species God gave the freedom to make informed choices, which includes whether we will choose, as God has, to preserve and honor the earth.

Can this Earth be Saved? The question posed by that piece in the National Geographic; which was published, not last year, not ten, not twenty years ago, but in 1989! 1989…26 years ago, one year before the first Earth Day. Can This Earth be saved? It is still, and now even more, the question.

Can this Earth Be Saved? Yes. It can. If we make the right choices. If we pay attention to the truth that, although we may be at a tipping point, although we may not be able to reverse the damage already done, it is not too late to stabilize the balance so that we don’t tip even further into the abyss.If we join with like-minded creation stewards for action and advocacy.

And because our faith teaches us that, before God did anything else, she birthed the land and the sea and the air and all living things from her own being. History reminds us that ideas and actions for great change have often started in church basements and in homes where people of faith gather. History reminds us that, 240 years ago, in this town, April 19, today, was a day that began to change the world; and that a century later voices for justice were raised in Concord to abolish slavery, and that a mile or two from here, a young man spent some time by a pond which caused him to write a small book which inspires the environmental movement to this day.

Thank God for the opportunity to raise our voices again for justice, to use our minds, hearts and bodies to help save the earth. Thank God for this good earth, our only home: for forests and oceans, rivers and grasslands, great fish and small bugs, elephants and otters and rabbits……and woodpeckers!